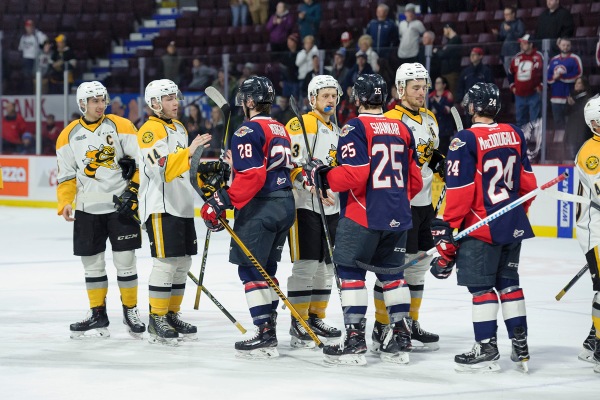 Michael DiPietro did play in game six, after it was originally feared that an injury ended his series. Despite this, Windsor fell short in the series, although impressed many with their ability to keep up with a heavily favourited Sting team.

Zach Shankar and William Sirman scored for the Spits.

Sarnia will face Kitchener in the second round. 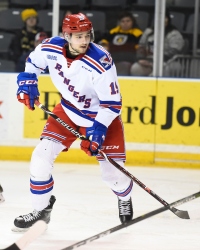 Ryan Merkley and Isaac Ratcliffe scored for the Storm.

After experiencing some ups and downs in the series, Ktichener goalie Mario Culina made 29 saves in the win.

Kitchener now plays Sarnia in the second round.

Mississauga actually led 2-0 in this game, and Barrie didn’t score their first goal since past the midway point of the second period. The Colts road a strong second half to a convincing victory, taking the series in six games. 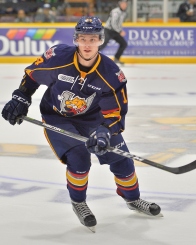 Michael McLeod (1g 1a) and Cole Carter (1g 1a) scored for the Steelheads.

Barrie now gets set to face Kingston in the second round.